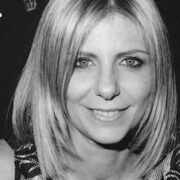 Santorini, whose official name is Thira, is one of the Cycladic islands of the Aegean Sea. It was known as Strongili (the Round One) until, thousands of years ago, a colossal volcanic eruption caused the centre of the island to sink, leaving a caldera (or crater) with towering cliffs along its east side – now Santorini’s trademark landscape. The breathtaking views from the caldera and the famous sunsets as seen from the island have made Santorini one of the most recognizable destinations in the world.

The island is also the leading producer of Greek white wines, in terms of quality and true character. The soil of Santorini is a mix of volcanic lava, pumice and ash deposits, resulting in vineyards completely free of phylloxera. The number of quality restaurants and top wineries is impressive, which makes it the perfect destination for travelers who are seeking authentic, memorable culinary experiences.

Aidáni: A white grape variety used in a blend with Assyrtiko to produce Santorini wines such as Nychteri and Vinsanto. Vinified as a varietal, it produces wines of a floral character with aromas of tropical fruit.

Athíri: A white grape variety that is also used in the blends of Santorini wines; when vinified as a varietal, it can give wines of a fruity character and with medium to low acidity.

Mavrotrágano: A very rare red variety from Santorini that was, until recently, at risk of extinction. The variety combines dense red fruit with roasted coffee and smoke, robust tannins and a rich and mineral mouth.

Nychtéri: Santorini’s traditional wine, made from a blend of Assyrtiko, Athiri and Aidani. Grapes destined for Nychteri were pressed during the night after the harvest, to protect the juice from the heat of the day. Its name derives from the Greek word ‘nychta’ which means ‘night’.

Vinsánto: Santorini’s sweet wine, made predominantly of Assyrtiko, with Aidani and Athiri also participating in the blend. It’s made from late-harvest grapes which dry in the sun for 12-14 days. It ferments and then ages for at least 24 months in oak barrels.

Kouloúra: The traditional way of treating Santorini’s vines into a basket-like shape in order to protect them from the strong winds and the high summer temperatures.

Cánava: The name of the traditional winery in the local dialect. Usually rock-hewn underground or protected by nearby buildings.

Αrriving at the Hatzidakis Winery in the area of Pyrgos, we immediately agree with one another that this is what a winery in Santorini should look like. Carved into the soft but solid volcanic rock that forms the island’s soil, this winery, or ‘canava’ as it is called in the local dialect, consists of a cellar 12 metres long where all the winery’s barrels are kept. The rest of the winery was built in 2004 as an addition to the old canava, which was not big enough for the 130,000 bottles that are currently produced and of which 50% are exported to markets around the world. Haridimos Hatzidakis, who passed away last year, was a passionate man dedicated to getting the best out of what Santorini’s unique grapes have to offer.

In a dark corner, a long wooden table is set up for the tastings; the atmosphere is perfect for the excellent wines we are about to taste. The winery’s signature wine is Assyrtiko de Louros, a wine made from late-harvested grapes from selected vineyards, some of which are 150 years old. Dense and mineral on the palate, with typical acidity and a long aftertaste, this wine pairs perfectly with shellfish, and with white and red meat and mature cheeses. It can age for more than 10 years in the bottle. During our visit, we had also the pleasure of tasting the winery’s main selection, Santorini 2016, a wine made from 100% Assyrtiko that undergoes stainless steel fermentation and remains unfiltered, a typical, easy-drinking Assyrtiko. We also sampled the Nychteri, the traditional wine of Santorini, also 100% Assyrtiko from late-harvest over-matured grapes, vinified using more modern techniques and less oak. We could not have left the winery without tasting the Vinsanto, Santorini’s traditional sweet wine, which at this winery is made from Assyrtiko and Aidani, spends 14 years in the barrel and has a perfect balance between acidity and sweetness and aromas of apricot marmalade.

This is a small family-owned winery, one of the oldest on the island. Vangelis Gavalas represents the fifth generation of family winemakers and, together with his father George, continues the family tradition of winemaking, using the traditional method of stomping the grapes for the production of their signature wine, Vinsanto. This wine ferments and ages for six years in 100-year-old barrels, made from oak imported from Russia back when the wine export trade to that country was flourishing. The charming courtyard where the wine tastings take place is next to the cellar and the old ‘patitiri’ where the stomping used to take place. Here, the visitor can also take a look at an antique press and wicker baskets used for carrying the grapes so as to get a better idea of the traditional winemaking processes of the island.

A pioneer in many ways, Boutaris landed on the island of Santorini in the ’80s, when the now-famous Assyrtiko variety was practically unknown. The state of the art winery has been distinguished as one of the 10 architecural wonders of the wine world and was the first to open its doors to visitors in 1989. Upon his arrival, Boutaris changed the practice of late harvesting and begun vinifying less ripe grapes, causing an uproar among the traditional winemakers. Since then, the Boutari Winery has been consistently producing good-quality Santorini wines, including Assyrtiko, Nychteri and the traditional Vinsanto, the latter of which is aged for 12 years in the barrel. During our visit to the winery we had the pleasure of tasting a Santorini 2016, made from 100% Assyrtiko, a fresh and crisp dry white wine, with aromas of orange peel and grapefruit, and the winery’s Nychteri 2015, 100% Assyrtiko which has spent seven months ageing in oak, endowing it with its characteristic aroma of honey.

A young man with a warm smile welcomes a group of tourists as we walk through the entrance of Santo Wines. A few steps down and we find ourselves in an impressive modern building, crowded with tourists who have come here to taste some of Santorini’s best wines and get to know – and shop for – the island’s delicacies, all displayed in the winery’s large deli shop. The winery was built in 1992 to house the Union of Santorini Cooperatives, whose wines came to be produced under the name ‘Santo’. The building itself resembles the island’s traditional stone benches.

Surrounded by breathtaking views of the deep blue sea and the volcano, we tasted some of the cooperative’s wines, including Santo Sparkling 2014, the first sparkling wine to be made from 100% Assyrtiko grapes from the vineyards of Pyrgos; Ageri Semi Dry Rosé, made with Assyrtiko and Mandilaria, a fresh cherry-flavoured and very summery wine, with a sweet aftertaste which makes an excellent aperitif (it can also accompany meals); and Santorini Assyrtiko Grande Reserve 2014, a wine made from Akrotiri vines that are up to 100 years old, then aged for 12 months in oak and another 12 in the bottle. Naturally, we couldn’t skip the Santorini Assyrtiko 2016 or the Santorini Nychtéri 2016. While sitting in the winery’s veranda, overlooking the Aegean, we couldn’t help noticing the numerous smiling tourists, who were enjoying their own tastings in this unique place.

It’s difficult to describe how we were feeling as we approached this winery, right by the water on the beach of Kamari. There was, certainly, a little jealousy, perhaps, of those who get to work here. The industrial stone building dating from the beginning of the 20th century, which today houses the winery and is equipped with all the high-tech equipment for modern winemaking, used to be a tomato canning factory. A charming area in front of the structure serves as the tasting area, so the tastings take place outdoors by the water. It is truly a marvelous setting for wine tasting! Here, we had the opportunity to try three different versions of Assyrtiko: Thalassitis, Thalassitis Oak Fermented and Assyrtiko by Gaia Wild Ferment, a wine whose production combines traditional and modern winemaking techniques with the use of both INOX tanks and new French and American oak barrels, in which the wine ferments with the use of wild yeast.

Arriving at Estate Argyros, we are treated to a totally different side of Santorini. Here on the other side of the island, there are no dramatic views, only vineyards, symbols of the triumph of life over the widespread death caused by the volcano. Surrounded by the privately owned vineyard, the estate’s winery is a modern building designed to remind the visitor of the traditional ‘canavas’. The estate, established by George Argyros in 1903, was passed on through the generations. Today, it is run by Matthew Argyros, the fourth generation of winemakers in his family. The Estate produces a series of wines – all from indigenous varieties – which they create by combining traditional and modern winemaking techniques. The grapes come from ungrafted, phylloxera-free vines, some of which are 150 years old. The winery produces 350,000 bottles a year, 60% of which are exported. Here, Assyrtiko finds its different expressions: unoaked in Santorini Argyros and barrel-fermented in Estate Argyros. The estate also produces a single-variety Aidani, an elegant fresh fruity wine, and a red wine made from Mavrotragano, the island’s rare red grape variety. The Vinsanto produced here spends 12 years in oak and is made from Assyrtiko, Athiri and Aidani.