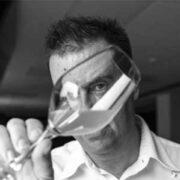 Talk to zoologists about islands and they’ll tell you that these parts of the world are special places with special species. Animals that are found in large numbers in a number of locations often share characteristics. However, in isolated spots such as islands, you’ll find specimens that are very different from members of the same species elsewhere. There are, for instance, islands with tiny elephants or with huge lizards. Even birds, the least secluded subjects of the animal kingdom, can evolve along unusual lines on an island. This is even more evident in plants. The pathways in isolation that these life forms follow cause them to deviate from the overall norm in wholly unexpected directions. For people that study wine, this is no surprise. They call it ‘terroir’. It’s a French word, now universally used, to denote the infinite number of factors, usually associated with the environment, that make the wine made from grapes grown in Spot A different from wine made from grapes grown in Spot B. It’s the weather, the climate, the soil, the position relative to the sun, the slope of the land, the way the vine is trained and, indeed, any other factor you might want to include. By definition, terroir is so complex, chaotic and, to a certain degree, incomprehensible, that it will never be fully understood; two terroirs will never be identical. This is true for wines; now imagine it happening for millennia, and to large populations of animals or plants.

In fact, it’s true for humans as well. Homo Sapiens is subject to terroir as well. Anthropologists will confirm that inhabitants of islands can be very, very interesting, perhaps more so than mainlanders. There are reasons for this: a relatively isolated community will allow singularities of character, of customs, and of religion to circulate, become standard and endure. Unusual behaviours (or ideas) that would have been eradicated in a matter of years in other landscapes become part of the dominant culture. Nevertheless, this isolation is not complete, even if you are in the remote Solomon Islands. The environment, the terroir, promotes specific human characteristics that are of prime importance to survival. Acute observance, attention to detail, informed risk-taking all provide enormous competitive advantages. There is a need to see what is beyond the sea – but there are dangers as well, potential or actual, related to what might go out and what might come in.

Experts agree that the Greek islands are outstanding in a number of ways. The islands in the Aegean and the Ionian islands in the Adriatic share common characteristics found only in a few part of our world, one of which is the Sea of Japan. As in Greece, the Japanese islands are isolated and yet near to one other. With their Greek counterparts, they share rough seas and a rich history, but it is the breathtaking natural beauty of the islands that is their greatest common trait. Then we have the vines − and the wines − of the amazing Greek islands. For centuries, people have been trying to cope with too much sun, too much wind, volcanoes and arid soil, all while trying to grow vines and make tasty wines. Only the toughest, most interesting varieties would be fit for purpose. The Greek islands are the apogee of viticultural natural selection, with numerous autochthonous grapes that can be found nowhere else. The character of these unique wines is amazing. The aggressiveness of the terroir shows through in the wines, but in a truly positive way. The island wines reflect the island culture; the food, the approach to enjoying life, and the love that the islanders have for the mesmerising splendour of their homeland. The wines of Greek islands are the amazing result of the symbiotic relationship between a demanding yet beautiful landscape, an amazing plant, and some islanders struggling to understand and enjoy life.

But then, we’re really all islanders in a way, aren’t we? g