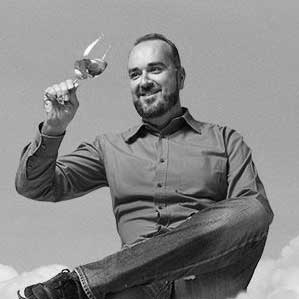 Domaine Tatsis is run by Pericles and Stergios Tatsis, third-generation vine-growers and wine producers working in the Goumenissa region and carrying on a long-lasting tradition in this small, yet significant, appellation where the varieties Xinomavro and Negoska excel.

In 1996, Pericles and Stergios took over the family business, continuing to display the same dedication and passion their father had shown for highlighting the unique terroir of Goumenissa. The winery, which has been certified as an organic producer since 1998, focuses on native varieties; most of their 14ha of vineyards are planted with Xinomavro, Negoska, Roditis and Malagousia grapes, although a smaller proportion of their land is dedicated to international varieties, including Chardonnay and Cabernet Sauvignon. In 2002, they implemented a programme of biodynamic viticulture, following these tenets and the biodynamic calendar devised by Maria Thun in both the vineyard and the cellar; they are not, however, certified as biodynamic producers.

In the winery, the brothers exercise very little intervention regarding the wine, trying instead to leave Goumenissa’s magnificent terroir to shine through. Fermentations start spontaneously (they haven’t used any commercial yeast since they moved to their new facilities in 2007) and they don’t employ any additives, just a small dose of sulphur dioxide, prior to bottling, if necessary. Their wines receive a long period of élevage prior to bottling. Undoubtedly, along with Sclavos, Georgas and Tetramythos, the Tatsis brothers are among the pioneers of the “natural” wine movement in Greece. If, however, you ask Pericles Tatsis, he’d rather avoid labelling his wines as such. “Since there’s no single definition of ‘natural’ wines, we see marketers more and more often branding conventional wines as ‘natural’ simply because the producers haven’t added any sulphites during the vinification method. This is very different from our philosophy,” he explains. “We would love to be seen as producers of ‘real, authentic, wines’ made with love, following in the footsteps and honouring the traditions of our ancestors. This is our only truth.” From the beginning, the brothers have focused on using traditional grapes from Goumenissa: the treasured red Xinomavro and Negoska varieties found on the picturesque slopes of Mount Paiko. Their Goumenissa red blend of Xinomavro and Negoska was initially produced in 1997, and this wine can be seen as an example of a traditional approach to winemaking, to be released after a significant ageing period in order to highlight the way that the wine can be enjoyed. Tatsis Goumenissa is a wine destined to age, offering its extraordinarily impressive beauty (associated with an earthy mineral dimension and reminiscent of mushrooms and truffles) over the long term.

Bright, red-berried fruit, along with intense savoury notes, peppery hints and dried flowers. Bone-dry palate, with powerful dry tannins and extraordinary levels of freshness. Tight and austere, at present it requires either more ageing or the accompaniment of a fatty prime cut of beef to be fully appreciated.

The 2008 boasts a garnet colour and aromatics (such as dried fruits and earthy notes reminiscent of forest floor and mushrooms) showing elements of development. Barolo-like intensity on the palate with relatively dry tannins and some vegetal hints. It is quite impressive, with a layered complexity and, once again, it’s very powerful.

Light brick colour. Fully developed nose with aromas of dried fruits and herbs, smoked meat and kernels such as walnut and chestnut. Still fresh and vibrant on the palate, with fine-grained tannins and great concentration. You can drink it now or forget it for another five years in your cellar.

A masterpiece on the nose, it bears the typicity of a gracefully aged Xinomavro. The wine was released on the market just two years ago, after spending a long period in the winery’s cellar, and it offers aromas of dried tomato, black olives, mushrooms and noble leather. Harmonious and balanced with a high level of sophistication. A perfect contrast between freshness and development.

It’s difficult to put its aromas into words. A bit rustic, yet beautifully evolved, with hints of deliberate oxidation, nuttiness and dried black and red fruits. However, the palate is nervy and fresh, while the tannins are a bit stripped of fruit and quite aggressive. It will probably not get any softer with extra ageing.

Over the top. Fully developed nose with some fading eucalyptus aromas, dried herbs and quite oaky notes. The palate is dry and a bit astringent, not showing the great drinkability of 2003 or 2004, and there is no potential for further ageing in the bottle. Drink now.

Fully oxidative style, earthy aromas of truffles and mushrooms, and overripe tomato notes. It smells like a rainy walk in the forest. The palate lacks a bit of freshness, but it’s all about the level of ageing that you expect to see in your glass. This 20-year-old Goumenissa can easily be called memorable. g 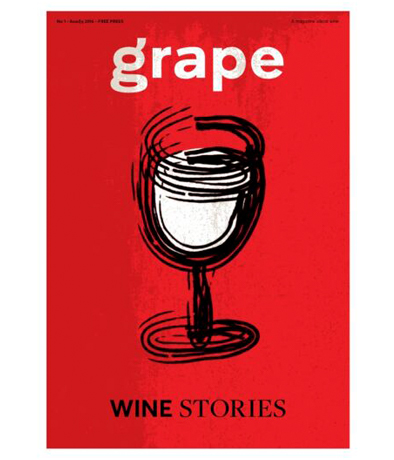